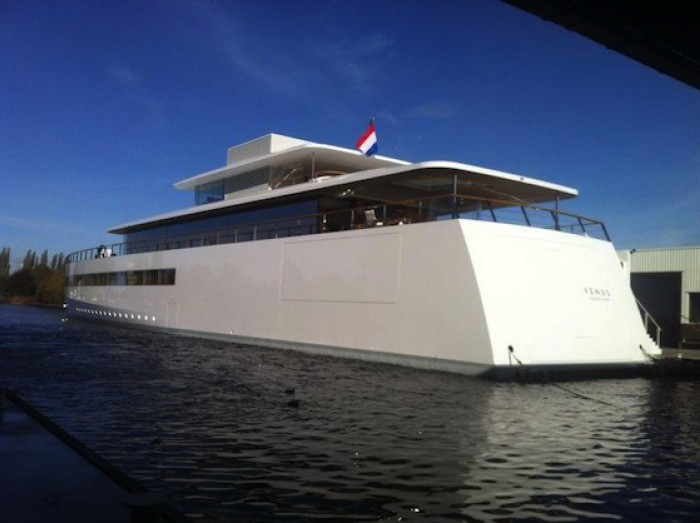 AMSTERDAM (Reuters) DECEMBER 21, 2012 - A superyacht built for Apple Inc’s late co-founder Steve Jobs has been impounded in Amsterdam because of a dispute over an unpaid bill to designer Philippe Starck, a lawyer said on Friday.

Jobs, who died last year after making his name and fortune at Apple, never got to use the yacht - called Venus - but had commissioned the French designer to work on the vessel, which cost more than 100 million euros to build.

A lawyer representing Starck’s company Ubik told Reuters his client had received 6 million euros out of a 9 million euro commission for his work on the minimalist vessel and was now seeking to recover the rest of what he was owed.

The yacht was impounded on Wednesday evening, the lawyer said, and will remain in Amsterdam port pending payment by lawyers representing Jobs’ estate.

“The project has been going since 2007 and there had been a lot of detailed talk between Jobs and Starck,” Roelant Klaassen, a lawyer representing Ubik, said.